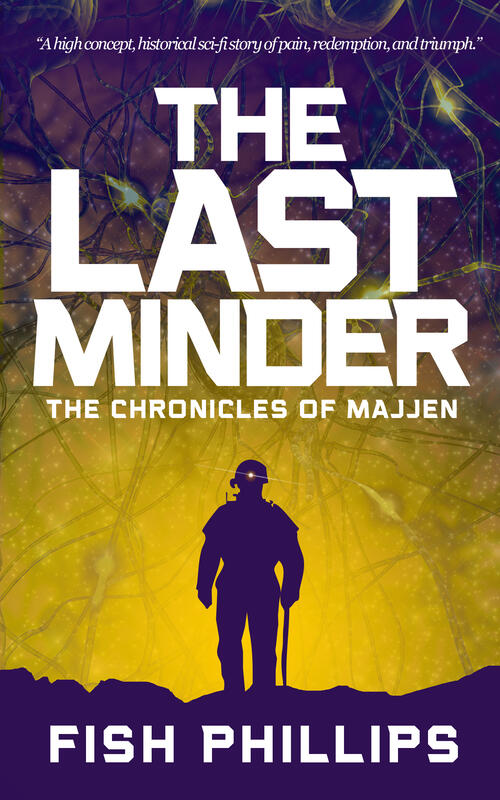 “The Last Minder,” Fish Phillips’ first novel, originated as a screenplay and this earlier structure tends to show in the author’s writing style. Although the book is engaging, fast-paced and entertaining, it lacks a certain depth of development that film may have been able to convey visually, and which differentiates a good novel from a terrific one.

When WWII veteran, Benedict Molony, is sent to the future to protect humanity from a ‘benevolent’ race of extra-terrestrials, he gets a chance, in the twilight of his life, to become the man he never knew he wanted to be.

“The Last Minder” is a quick, engaging, and enjoyable read. Phillips’ characters are interesting, though few are particularly likable, and the exploration of how we might potentially perceive our history 80 years from now reflects the state of society today. The extra-terrestrial element definitely shapes the theorized attitudes, but the possibilities retain the level of believability necessary to successfully blend historical and futuristic fiction.

Perhaps due to its origins as a screenplay, or maybe in the effort to keep the story short and fast-paced, both plot and characters come across as shallow, despite clearly being well thought through. Sufficient angles are explored to glimpse the depth of the world and its people, but not enough to lend the book a feel of any great substance. The plot seems quite simple and linear, with a couple small and relatively undeveloped exceptions. Most characters either don’t evolve (possibly because they don’t get enough ‘screen time’ to enable development) or evolve so rapidly it defies belief – the latter being the case for main character, Molony. Phillips’ writing style can also come across as awkward or choppy, where it seems the author frequently attempted to create big, vivid, dynamic scenes within inadequate word count restrictions.

I thoroughly enjoyed “The Last Minder.” It is a short, page-turning novel with an unusual blend of past and future, as well as an unconventional take on superheroes. I certainly recommend it for readers who enjoy both historical fiction, and pseudo-utopian futurity, but are in the mood for a light read.