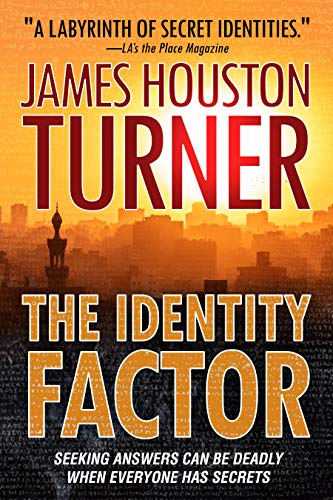 James Houston Turner’s debut novel launched in 2007, but the sensitive topics it touches on continue to be relevant today. Turner brings awareness to the deep conflicts tearing apart the Middle East, and the struggles to rise above one’s past in this gripping action thriller. His dynamic characters, multi-layered plot, and shocking twists make this book well worth the read.

A hotly contested religious artifact and a terrorist threat bring FBI analyst, Zoe Gustaves, into conflict with mysteriously famous journalist, Rutherford Tyler, as they both seek to reveal the true identity of the prime suspect – Abu Nazer, and his allies – before the middle east erupts like never before.

Turner knows how to create compelling characters. He capitalizes on stereotypes, turning them on their heads to surprise readers. Most of his characters are more than what they appear, and the personal histories that shape them into complex individuals shine through. The multilayered nature of his plot means this book is best read relatively quickly. Spreading it out over a week or more runs the risk of readers losing track of some of the threads in this finely woven novel. Although all those threads finish neatly tied up with a bow, the narrative keeps readers on their toes trying to figure out who’s playing for which side to the very end.

There are some signs this was an early work for Turner. A few patches of the book feel a little too hurried with rapid fire, unattributed dialogue. Readers should nonetheless be able to follow the conversation in these patches without getting lost. There are also a handful of minor proofreading errors, but nothing uncommon for a digital edition.

Turner brings together depth of character with a complex, twisty storyline to create an engaging thriller that inspires reflection on the real world. I highly recommend this stand-alone novel to lovers of action with international and thought-provoking flavors.