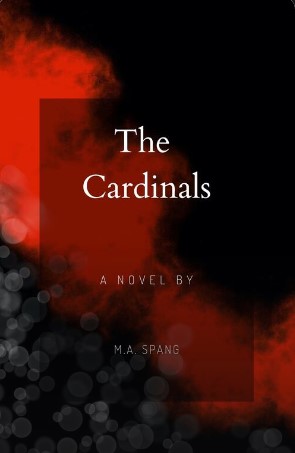 Despite a highly intriguing setup, M.A. Spengler’s debut novel, “The Cardinals,” quickly dulls due to a wide variety of weaknesses in the writing and becomes irritating with its gradually increasing push of leftist ideology on the reader.

Ethical hacker, Imane Giroud, catches the attention of the Cardinals with her take down of a corrupt chemical company, only to get sucked into a battle between the secret society and a pack of disgruntled former members bent on destroying the order.

Initially the combination of computer hackers and secret societies seems exciting, and the first few chapters arguably have the most substance. Imane’s hacking activities are high stakes, and her background allows for an unconventional perspective on morality. Fourth wall breaks were a pleasant surprise, taking advantage of the first-person style the book is written in. Spengler is good at creating fairly rich imagery when establishing settings. A cohesive narrative with the bones for a good suspense novel are established reasonably well.

As the book progresses, however, very little meat grows on those bones. The pace remains near constant, stuck in the first-person POV folly of, “I did this, then we did that, then this happened,” which manages to suck any suspense out of the plot and seriously hinder the reader’s ability to get into the story. Nearly all the characters are flat, and unchanging. Twists are few, relatively predictable and easily resolved. Imane seems to spend most of her time with The Cardinals so intoxicated, it makes the rest of the simple storyline rather unbelievable. These combine to render the story somewhat boring, but still interesting enough to consider despite proofreading errors. Where the author lost me was when the fourth wall breaks became a platform from which to preach liberal ideology at the reader. I want action and intrigue in a suspense novel, not an ideological lecture.

I could forgive a certain degree of bad writing due to the interesting premise, but the increasingly noticeable left-wing bias finally overrode any appreciation I had for the bones of the story. The book is dedicated, “to the activists,” and I suspect liberal activists are the only audience that could get past the weak technique into this leftist daydream adventure.