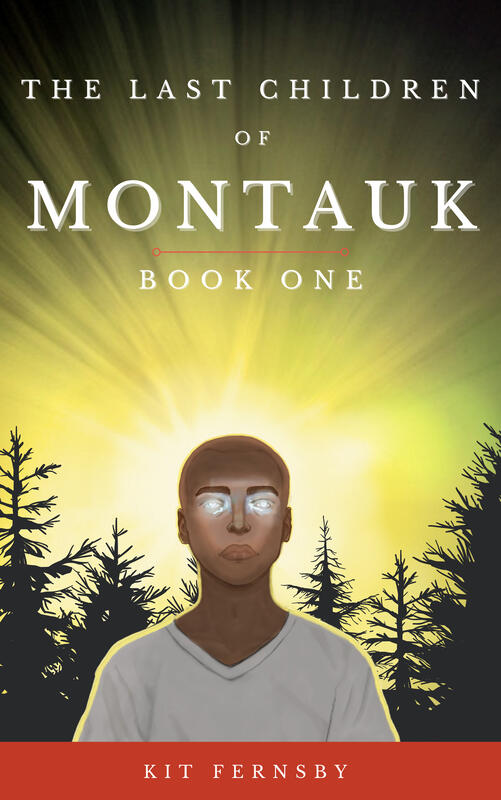 “The Last Children of Montauk” is the first book in a new series by a collective of authors writing as Kit Fernsby. This thriller hovers between science fiction and paranormal, creating an intriguing world of subterfuge and psychic possibilities. Complex characters and a multilayered plot keep the reader engaged in the action despite occasionally excessive exposition and cast diversity that feels contrived.

Arvee has been kept in the facility almost as long as he can remember, his psychic talents being exploited in the name of national security. Should he rebel against his captors, and the immorality he is forced to facilitate, would he be able to save those he’s being forced to hunt?

Most of the book is great. Rich language paints vivid scenes, brings the action to life, and engages the reader emotionally. The characters are well developed with complex backgrounds setting up interesting dynamics and conflicts. However, the manner in which all this development is presented sometimes results in dumps of information that are either repetitive or not entirely relevant to the scene.

Layers of interwoven story lines are skillfully entwined and coupled with good pacing throughout the book, keeping the reader immersed in the action and wondering what is coming next. Although the diverse cast of characters provides representation for an incredibly broad demographic, the manner in which this diversity is presented falls short of feeling natural, coming across more as a political statement than the authors probably intended.

This is a good read for lovers of international conspiracy action stories. The book obviously centers around PsyOps, and includes hints of clandestine cult-like activities. If diverse representation of character is important to you, this is an excellent action thriller for you to check out, but the diversity may feel obnoxious to any who are less concerned by such matters. In either case, “The Last Children of Montauk” is certainly worth checking out; just be prepared to read the series, because the cliffhanger is too pronounced for the book to be read as a standalone novel.